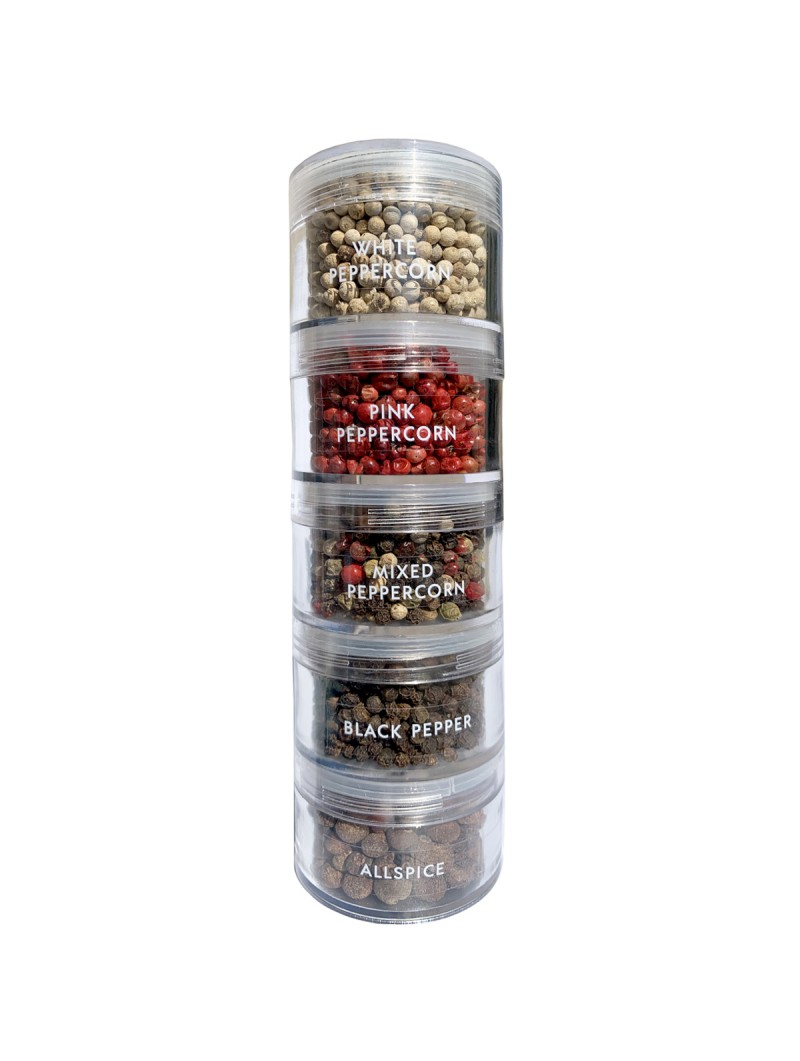 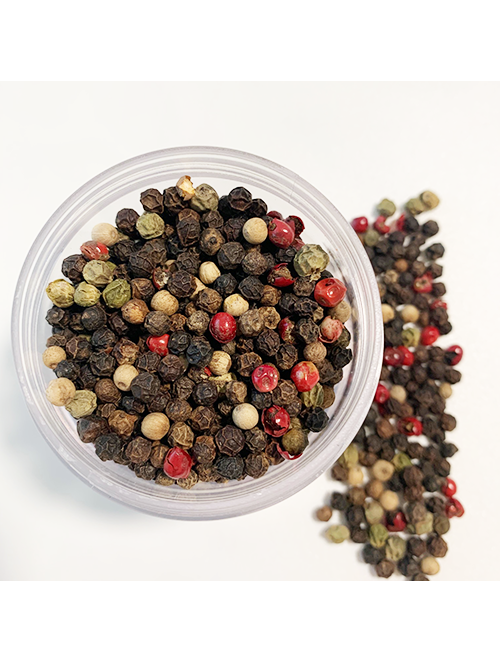 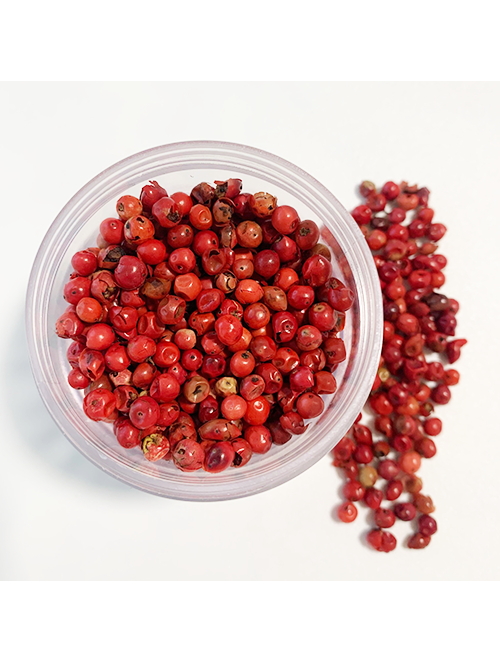 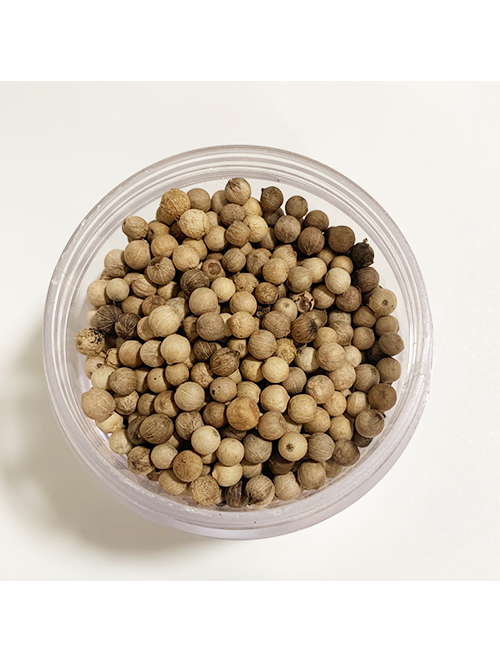 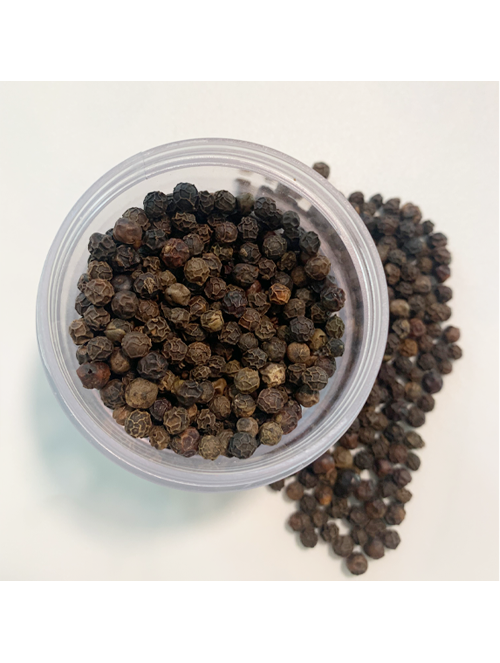 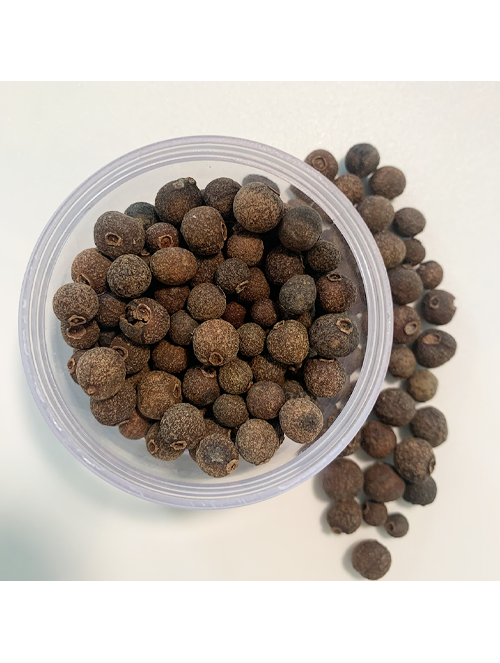 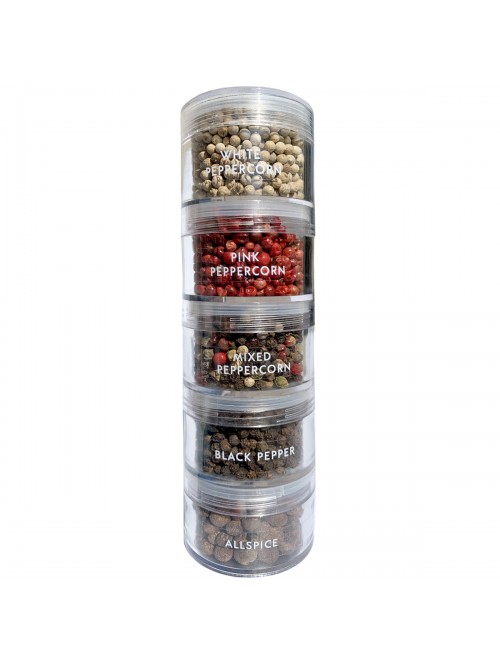 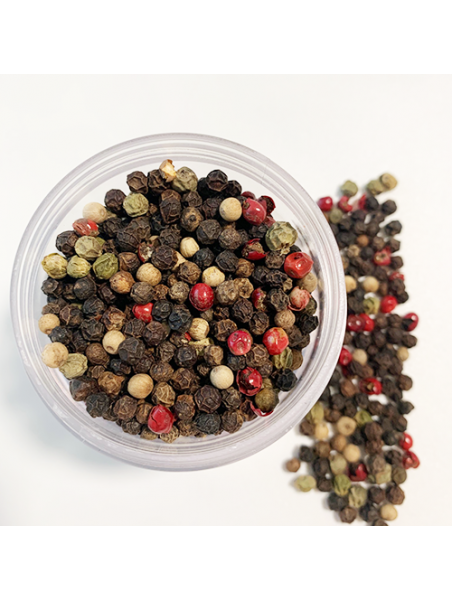 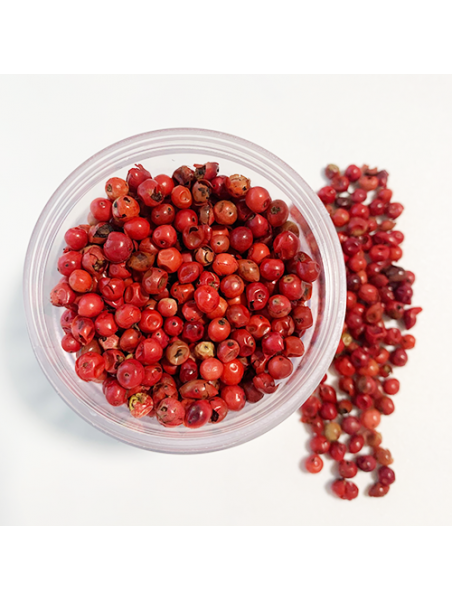 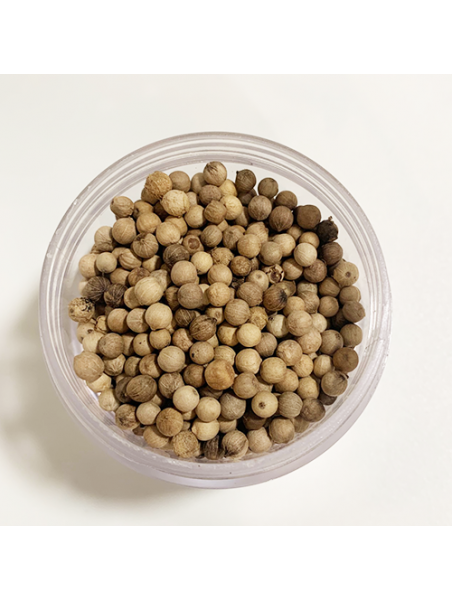 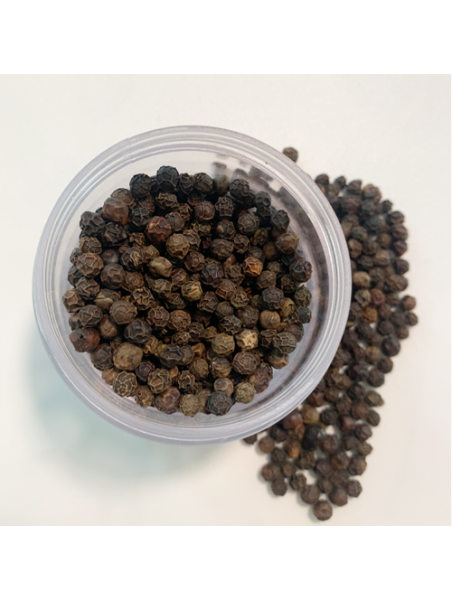 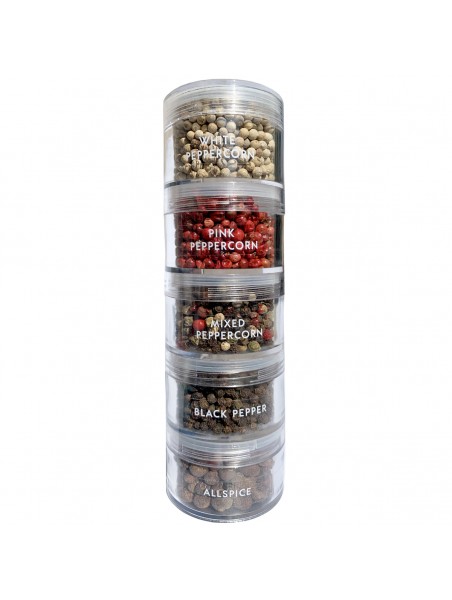 This tower consists of the 5 peppers, must haves for all kinds of cuisines.

This tower consists of the 5 peppers, must haves for all kinds of cuisines.

White peppercorn (40g / 1.4oz): White peppercorns come from the same plant as black peppercorns, but they are actually hulled so that nothing but the seed of the fruit remains. To achieve this, they undergo a process called retting, in which red berries are soaked in water until the outer skins break down and fall off. Use freshly ground white pepper as you would black pepper when a less intense flavor is desired.

Pink peppercorn (15g / 0.52oz): In contrast to black peppercorns that are obtained from a tropical vine indigenous to Asia, pink peppercorns are the fruits of Schinus terebinthifolius, a South American tree in the cashew family also known as Brazilian Pepper Tree, Christmas berry and Rose Berry. Although not a true pepper, pink peppercorns add a peppery taste to foods. Please note: Pink peppercorn can cause an allergic reaction in people with nut allergies.

Mixed Peppercorn (35g / 1.25oz): Just like green tea, all peppercorns come from the same plant, in this case Piper nigrum. Although it may take several years for this flowering vine to produce berries, or peppercorns, it usually continues to do for several decades. Peppercorns vary in color because they are harvested and/or processed differently. Green peppercorns, for instance, are picked when slightly under-ripe, red peppercorns are harvested just as they reach maturity on the vine and black peppercorns get their color from basking in the sun for several days. However, when blending mixed peppercorn spice, pink peppercorn (Schinus terebinthifolius) is used for color versus the ripened red Piper nigrum. Please note: Pink peppercorn can cause an allergic reaction in people with nut allergies.

Black pepper, whole (35g / 1.25oz): Black peppercorns are the hand-picked fruits of a tropical vine known by the botanical name of Piper nigrum. Before the fruits or drupes are set out in the sun to dry, they are subjected to a hot water bath. Aside from removing impurities and debris, this process makes them dry faster because certain enzymes responsible for the glycation or browning of the berries escape cell membranes as they break down in response to the heat. At the table, whole black peppercorns reside inside a peppermill, waiting to be freshly crushed onto salads, soups, steamed or grilled vegetables, meats and other foods.

Allspice, whole (25g / 0.9oz): Also known as Mexican pimento, allspice comes from a type of myrtle tree and is one of the top seasonings in Mexican cuisine. The whole berries add the flavors of cinnamon, cloves, nutmeg and juniper to foods and tea blends. 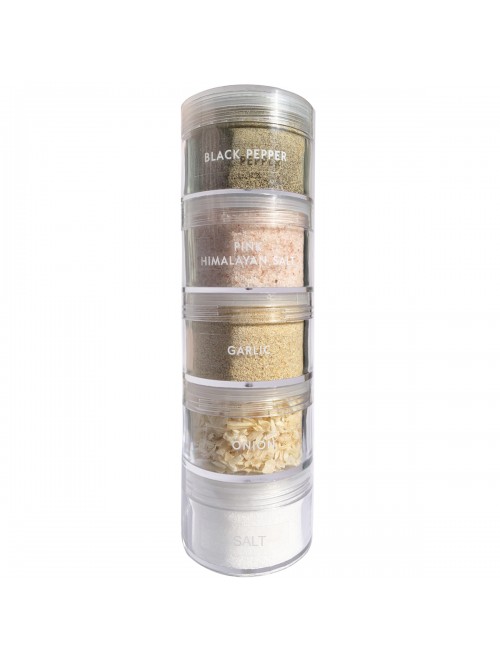 Price $16.99
As the name indicates, this tower consists of the 5 most commonly used and essential everyday spices. INGREDIENTS: Black Pepper, Pink... 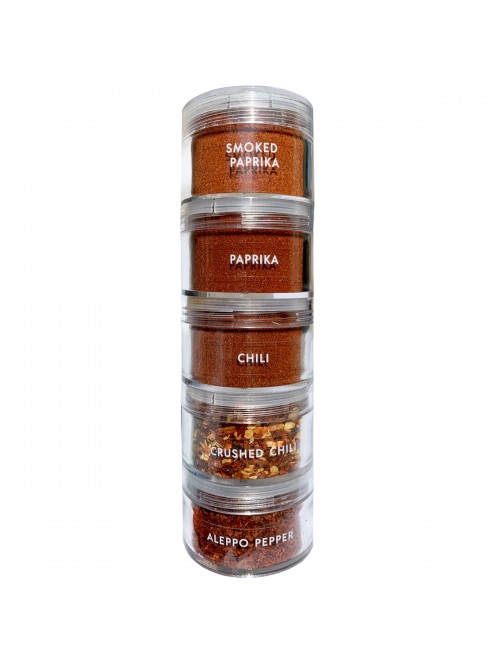 Price $15.99
Whether you like them crushed or ground, this tower has all the essential chili spices from mild to hot. INGREDIENTS: Smoked Paprika,... 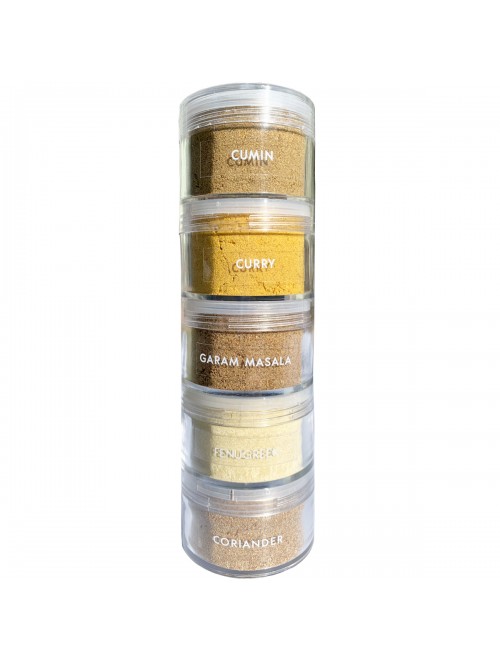 Price $15.99
When you think about cooking an Indian dish these are the 5 most common spices that show up in the recipe. INGREDIENTS:  Cumin, fenugreek,...

